Writing is a skill that is honed through regular practice. Just like any other craft, it takes time, patience, and effort to make one an effective writer. There are no shortcuts to mastering the art of writing. To write well, students need to master various skills. One of these is the ability to use correct grammar. Students should know the common grammatical mistakes so that they can learn to avoid them.

Among these common grammatical mistakes are:

Subject-verb agreement is one of the foundations of English grammar. You will not be able to come up with an understandable draft if the parts of your sentences do not match. Hence, it is important that you introduce your child to the rules of subject and verb, as these give meaning to any kind of statement. Some of the common rules in subject-verb agreement are:

Singular versus plural nouns and verbs

Subjects and verbs must agree with each other in terms of number.  This is a common grammar mistake especially among the lower primary students. To elaborate, if a subject is singular, its verb must also be singular. The same goes for plural subject and verb.  For example, “My uncle eats a very big meal every day.”  The word “My uncle” is a singular subject and “eats” is a singular verb.  Both subject and verb are singular and so this is in agreement. Students in Singapore learn this basic rule from as early as Primary 1.

A number versus “the number”

The number of people we need to form a team is seven.

A number of people have left the room by noon.

There are a number of studying tips given out in this booklet.

Here is the number of students left after school.

Everyone in this class likes to play basketball.

Nobody has been to this place before.

Is anyone at home?

Another common grammatical mistake committed by greenhorn writers is the parallelism of tenses. This happens when you mix your tenses in your paragraphs, and this results in an incoherent draft. This is because when you write an essay, your objective is not only to air your opinion, but also to put a story in a particular time and place.

The rule of thumb is to stick to one tense when writing your draft, unless you deem it necessary to use a different tense. Tenses provide consistency to your essay, so it is a must to know how to use them properly and accordingly.

3. Knowing the difference of contractions versus possessive pronouns

This is another common grammar mistake among young writers and sometimes even among seasoned writers. This is understandable because contractions and possessive pronouns have almost the same spelling.  They are only differentiated by an apostrophe and the context in which they are used.

For example, your composition is about your favourite food. Students come up with a fragmented sentence such as:

This sentence is not complete.  The word “since” entails something that is going to happen next after stating the point that you like cheeseburgers. Without the intended future clause, the sentence is fragmented (incomplete).

Students can correct this common grammatical mistake by simply removing the word “since,” so that “I like cheeseburgers” becomes a complete thought.

Avoid creating fragmented sentences by making sure that you have the elements that complete the thought you want to convey, i.e. your subject and your predicate intact.

Dangling modifiers are words or phrases that are erroneously separated from the word that they describe. These modifiers make the sentence sound awkward and even confusing, as they fail to state the meaning or purpose of their subject in their statement.

You can avoid dangling modifiers by identifying the words that need to be described in your sentence. Once you have determined those words, you can place the terms to describe them.

Take a look at this sentence as an example:

After reading the book, the film based on it is sure to be exciting.

At first glance, the above sentence seems to express a complete thought.  However, readers will then ask: Who read the book? Change the sentence to answer the ‘who’ so that it makes a complete statement.

After reading the book, Bob thought that the film based on it is sure to be exciting.

Writing English compositions can be really tricky especially when students are just starting out in their writing journey. Encourage your child to read through their compositions at least once through after writing to make sure they avoid these common grammatical mistakes.  Besides avoiding these common grammatical mistakes, students should also avoid the 8 common mistakes when writing English compositions.

How To Write Interesting Sentences 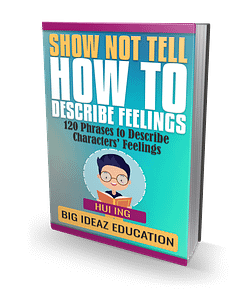