How to plan and write a good composition for primary school

THE IMPORTANCE OF PLANNING

Many students find it a challenge to know how to write a good composition for primary school English.

Very often, when writing compositions, primary school students write whatever comes to their minds. This is a huge mistake.

​It is important to always take about 5 minutes to plan your composition before writing.

Your plan gives you a structure for your story.  It provides a framework for your writing.

HOW TO PLAN A COMPOSITION

There are many ways to plan a good composition. The question is, which is the best way for a primary school student? When time is a constraint, especially during tests and examinations, we need a planning tool that is simple yet effective.

In our Writing Academy, students learn a simple 5-part framework that they can use to plan and write their compositions. Using this framework, students can plan an entire composition in less than 5 minutes.

Primary School English composition is made up of INTRODUCTION, BODY and CONCLUSION.

How To Write A Good Composition Using the 5-Part Framework

Let’s look at these 5 parts of a composition:

The introduction is where readers decide whether the story is worth reading or not. Therefore, it is important for students to learn how to write captivating introductions.

Some common ways to begin a composition are:

2. BEGIN WITH ACTIONS
Begin your story with actions. Let your character do something.  Describe your character’s actions using vivid verbs.  Beginning with actions is a powerful way to capture the reader’s attention right from the start.

3. BEGIN WITH A DESCRIPTION
This can either be a description of the character, the setting or a combination of both.

Ask yourself these questions:

The body of a composition is the most important part. It is where the ‘meat’ of the story is.

There are 3 parts in the body of a composition:

Most captivating stories include a conflict (or problem) that the main character has to face and solve. A story without a conflict can be plain and uninteresting. A big mistake that many students make is to describe the problem immediately after the introduction. In doing so, the composition faces the risk of being under-developed.

Students need to learn to write the events leading to the problem, before proceeding to describe the problem.

Events leading to the problem can be a description of what happened before the climax. Students can describe what the character(s) did or did not do that directly led to the problem. It is also commonly known as the rising action of a story.

The rising action does not have to be long. However, it must build up the tension in the story, leading to the climax.

​2. CLIMAX (THE CONFLICT / TURNING POINT OF THE STORY)

This is where the story reaches its peak.  It is also where a turning point or a change takes place. Here, you should describe as much action and characters’ emotions as possible.

For their compositions to be well-developed, students can include multiple conflicts. Let the main character face a number of problems in the story.  At the climax, the conflict reaches its peak and the story has a turning point.

The third part of the body of a composition is the resolution (or solution to the problem). It is also known as the falling action.

Unfortunately, this is also the part where many students rush through, either due to a lack of time or lack of ideas.

Somehow, primary school students like to use a figure of authority to solve the conflict in their compositions. I highly suspect this is due to the culture we live in. Kids are used to having their problems solved by the adults in their lives! Some food for thought here. 🙂

The authority figures who frequently make their appearances in primary school compositions are usually policemen, firemen, teachers or parents. These ‘superheroes’ usually appear almost instantly, out of nowhere, to solve the problem for the character and the story ends.

It is rare to read compositions where the conflict is solved by the main character in the story.

To write a good resolution, ask yourself these questions:

Once the resolution is written, do not forget to wrap up the composition. The conclusion is where we tie up all the loose ends and bring the story to a close. It is vital that we give readers a satisfactory ending and not leave them hanging or in doubt at the end of the story.

What you can write in the conclusion:

1. Character’s reflections and thoughts about what had happened.

2. Character’s feelings about what had happened.

4. Restate the topic.  Always link the ending back to the topic.

As challenging as it might be, it is not impossible to learn how to write a good composition for primary school.

Writing is a skill. Just like learning a musical instrument, learning how to write well takes time and much practice.

The key is to keep writing, get feedback and write some more. There is simply no shortcut.

Want to get your kids’ writing marked and reviewed by a qualified school teacher? 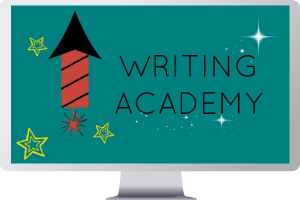