This model composition on cheating is written by a Primary 4 student from our online Writing Academy. I find this piece of composition engaging as she has used a wide range of vocabulary to vividly describe the main character’s actions and feelings. At the same time, the value of honesty was brought out clearly in the story.

There has been a shift in primary school composition topics in recent years, from accidents and mishaps to writing about values such as honesty, kindness and bravery. Such topics can be more challenging for students to develop a captivating and interesting plot. However, with practice and guidance, it can be done.

To write such topics well, it is important to vividly describe the characters’ actions and emotions (feelings).

Raj looked into the teacher’s stony face as she raised an eyebrow.  He tried to stuff the book under his desk but the teacher had noticed.  She snatched the book away and made him stand till the time was up.

To Raj’s dismay, he had forgotten to study for the important quiz.

It was CA1, and Raj was having his Science paper.  He furrowed his eyebrows as he tried to recall.  Then, it dawned on him.  His Science teacher had said it a week ago.  “Class, we are going to have a quiz on Interactions and Matter next week.  Study these two topics for the quiz.”  Raj blamed himself for letting it slip his mind.  As he was flipping his textbook frantically, trying to learn a bit before the quiz, the invigilator told them to pack and leave only their pencil cases. Raj groaned.

As the teacher handed out the papers, he felt jittery and his hands turned cold and clammy.  Beads of perspiration ran down his forehead as he tried to focus.  Thoughts of being a failure ran through his mind.  He squirmed in his seat as he thought of the notes he had secretly stashed in his pencil case.

Finally, the teacher announced, “Class, the time is 10.25 a.m.  We will stop at 11.05 a.m. sharp.  You may begin, now.”  The noise of flurrying papers was heard as the pupils turned to the first page.   Raj hurriedly filled in the answers to the multiple choice questions, not pausing to look at them.  When he came to the open-ended questions, he groaned silently from the bottom of his heart as they were his weak point.  Casting furtive glances around him, he sneakily drew out his notes.  He unfolded them and began scanning them.  As he was putting them back in, he felt someone tapping his shoulder.  Filled with dread, Raj turned slowly in his seat and stared at the stony face of the teacher.  She pointed to the notes stashed in his pencil case and raised an eyebrow quizzically.  Raj cowered in his seat, too afraid to utter a word, as the teacher took his paper away.

It was a humiliating experience.  Once the time was up, the teacher took him to the principal’s office. The principal gave him a first and final lecture about cheating.  Raj’s face turned red with embarrassment.  He was genuinely remorseful but it was too late to make amends.  He silently promised himself that he would never cheat again.

Raj never cheated from that day onwards.  This experience had taught him to pay attention in class and not play a fool.  Once bitten, twice shy.

Writing is a skill that improves with practice.

To date, students from more than 80 primary schools in Singapore have benefitted from this course. 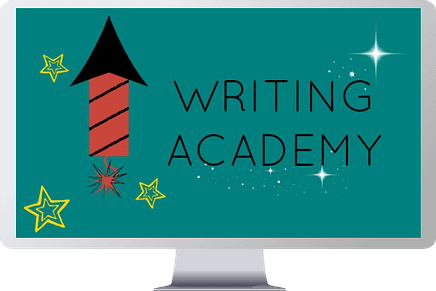